Dr Amin Yasin Fattani from Makkah, Saudi Arabia, former Director General of the Ministry of Haj in Makkah, passed away in Riyadh on 07 February 2019 after suffering liver failure. He was 60 years old. In this article I reflect on my personal interactions with a man who single-handedly improved the Hajj and Umrah experience for millions of pilgrims…

Pilgrims on Hajj or Umrah this year are encouraged to pray for a man who made their experience many times better.

I first met Amin Fattani in 1994 while he was living in Cardiff while studying for his PhD at Exeter University in the UK. My brother was a student in Cardiff at the same time and during one of my visits to see him, we met Amin at the local mosque.

Despite hardly knowing us, Amin invited my brother and I to dinner at this place. I later learned that this was something that he would do frequently: invite undergraduate students to his house for a meal with his family.

He knew that undergraduate students were away from their families and on meagre means so he would not let any opportunity pass by except to feed them. 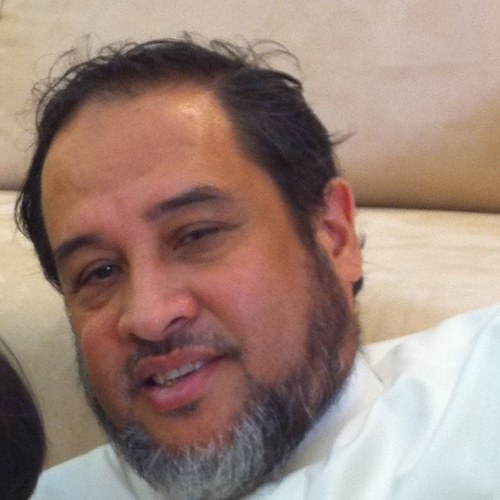 I remember during my visit to his house he brought a bukhoor incense burner into the room and gave it to me. Finding the gesture a little odd, I simply commented, “Mashallah this burner looks very nice.”

Thereupon my brother began to laugh and said, “You’re supposed to take some of the smoke onto your clothes then pass it on!” I laughed, partly to hide my embarrassment. Amin just smiled, making light of it.

That was one of my first visits to a Saudi home so I was unaware of the customs regarding such things. For many years after that I would remember this faux pas when being invited to the homes of Gulf Arabs.

After getting his PhD, Amin Fattani moved back to Makkah, Saudi Arabia, with his family and got a job at the Ministry of Hajj in Makkah.

Within a few years he had been promoted through the ranks until he became Director General of the Ministry of Haj in Makkah, the most senior position in Haj affairs in Makkah. 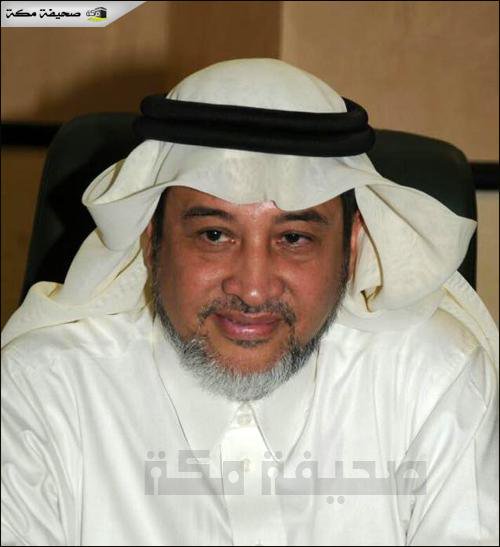 Last year I was on a hike in Surrey when by complete chance I met a brother who knew Amin Fattani. “He would often ask me about you,” the brother said. I asked him for Amin’s phone number as I was planning to travel to Hajj in a few months’ time.

Before I arrived in Saudi Arabia I contacted Amin Fattani. He certainly remembered me and we arranged to meet up in Jeddah after Hajj.

He had been retired from the Ministry of Hajj for a few years and was now living in Jeddah, Saudi Arabia.

As it happened, both of us were invited to a wedding in Jeddah by a mutual friend. Hajj was now over and I was in Jeddah for a few days to rest and recuperate.

I arrived at the venue at 10pm. I prepared for a long night as I knew that Saudi weddings last all night long, literally from 10pm to 4am.

I entered the hall and looked around for Amin Fattani, he was sitting on a table with 4-5 other people. I went and greeted him, he beckoned me to sit next to him and introduced me to the other guests at the table.

We ended up talking the whole night. As I had just returned from Hajj, all of our conversations were about Hajj.

It was an amazing night as Amin narrated many wonderful anecdotes from his 20 years “serving pilgrims” as he liked to call it.

I told him some anecdotes about rogue Hajj and Umrah operators.

He described to me measures that he implemented in the ministry to crackdown on rogue Hajj and Umrah operators who would take money from pilgrims and not deliver on their promises.

“If we found any instance where a Hajj tour operator scammed even a single pilgrim, we would punish them,” he told me. “We would reduce the number of visas allocated to them, fine them and also give the pilgrim an official document from the government so that they could sue that company when they returned home to their country.”

He narrated to me the story of a woman who called him in distress from Mina. Somehow she had got his number after finding out that she had been allocated to the wrong Hajj group.

Despite being the Director General, Amin immediately went himself to attend to this woman. “We were able to find another Hajj group to take her who also spoke her language.”

Then there was the time when an elderly pilgrim was seriously ill but insisted on completing the Hajj.

“We arranged an ambulance to transport him to all the sites so he could perform his Hajj rites.”

He told me stories about how his department worked hard for many years to make every little thing as easy and comfortable for the pilgrims as possible. From medical facilities and visa logistics to water, shade and toilet facilities.

“We wanted to make the Hajj experience a memorable one for pilgrims because we knew that they would only make it once in their lifetime.”

That was his humility. Never once did he say, “I did this” or “I did that.” It was all, “We” as if it was a collective effort, when in reality it was his effort.

As he was telling me these stories, I wondered how many pilgrims must have made dua (supplicated) for this man.

My brother once told me about a prank he played on Amin while he was Director General. Many years had passed since the two of them had communicated. My brother once went on umrah where he phoned Amin from Makkah. He put on a thick Pakistani-English accent as he said,

“Brother Amin, I got your number from so-and-so, I have arrived in Makkah for umrah with my wife and five children and I would like to stay at your house with my family.”

My brother did not have five children and he did not need accommodation, it was all a prank.

With great credit to him, Amin was already offering to provide accommodation for an entire family that he did not know!

“But I want to stay in your house,” my brother continued.

“I am really sorry that this won’t be possible but I can arrange for you to stay somewhere else,” Amin apologised profusely.

“Well, this is really disappointing,” my brother continued. “You claim to be the grandsons of the Sahabah and you can’t host a pilgrim in your house?! Subhanallah!”

At that moment my brother revealed his true identity and the two of them burst out laughing.

I reminded Amin about this story and he laughed. “When he said to me the Sahabah bit, a part of me thought, ‘Could this be your brother?!'”

We stayed up the whole night talking about these stories. We took some photographs before we left. 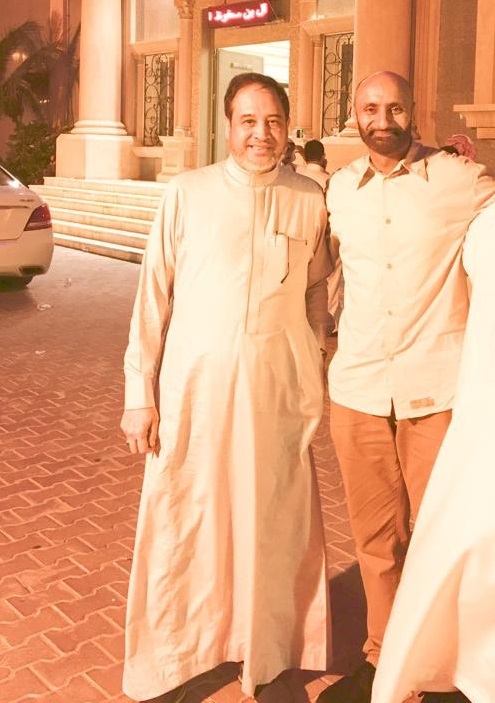 When the women’s party ended he collected his wife and then dropped me to my hotel even though he had been up all night and even though it was out of the way for him. He got out of his car to hug me farewell. That was the last time I saw him.

A few months after the wedding I heard he had been hospitalised with liver failure. I followed his illness until one day on 07 February 2019 I received a whatsapp message from his phone informing me of his death.

His janazah (funeral) prayer was prayed at the Kabah in the Masjid-ul-Haram in Makkah on Friday 08 February 2019 after Friday prayers.

May Allah have mercy on him.